is awarded to articles that demonstrate exceptional clarity, detail or individuality. Articles in Marspedia can be nominated by anyone and then reviewed by Marspedia's administrative staff. Currently, there are no time restraints on the featured article, and just because the article has been nominated does not mean it will be featured! In time, this program will extend to "Featured Contributors" and "Featured Categories". See the front page for the current featured article. 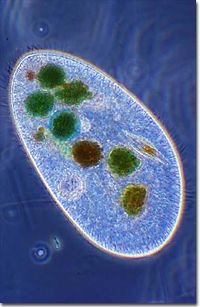 The habitability of Mars is the key to discovering Extant Life on Mars. The question of whether Mars had conditions for life to arise and persist will be explored. The planet Mars has a high probability of extant life due to the many prerequisites for life that exist on the planet, as determined by the one example we have, Earth. Further research needs to be conducted to prove extant life exists on Mars. Defining life is paramount to any discovery of biological organisms, this will be examined by comparing the fossil records of early life on Earth and the examples of extremophiles presently being studied. Magnetic field pockets have been detected on Mars, which is thought to be necessary for life forms to be protected from harmful solar particles. Marsquakes are being detected by the InSight lander, contemporaneously with this publication, potentially solidifying the presence of a magnetic field, however that alone does not determine the existence of life on Mars. (InSight) Minerals that exist in the regolith are not a sole indicator of life. The mineral content of Mars [CHNOPS], including biologically available N, is conducive to supporting organisms that we know eke out a living in the same type of environment on Earth. A more complete record of prebiotic chemistry needs to be determined. Amino acids, the building blocks of DNA, have been found in meteorites from Mars. Mars has water in liquid form that occasionally erupts from below the surface and persists for short periods of time as a brine on the surface, allowing the liquid form to exist in the cold temperature and low pressure. Water is present in the subsurface of Mars. (McKay 2020) The presence of water does not equate to life, but every example of life on Earth depends on water to survive. Mars has organic material, including methane, which is commonly associated with biological processes. Methane on Earth is formed from biological sources 90% of the time. Yet, due to the possibility of serpentinization of minerals and geological cycling of methane, further research needs to be done to determine the biological or geological origin of CH4. (Astrobio) These facts alone are not unequivocal proof of extant life on Mars, but together they make a compelling case.
Read More