Difference between revisions of "National Aeronautics and Space Administration (NASA)" 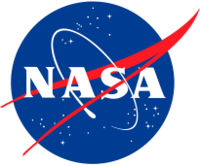 The National Aeronautics and Space Administration (NASA) is based in the United States of America. NASA is responsible for the nation's space program and provides funding for various aeronautics, space and research institutions.

When Chris Scolese displaced Mike Griffin as acting administrator in January 2009 he announced a shift in the agency's direction, bringing astronauts to Mars, abandoning plans towards a base on Luna.[1]