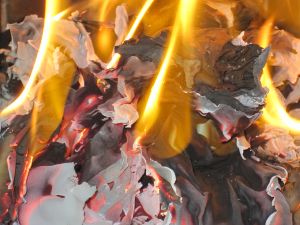 Nuclear power has been considered as the preferred energy source for most plans for medium- to long-term human expeditions to Mars. It does not depend on weather conditions. The availability of radioactive resources on Mars is unclear. Due to the vast effort of the nuclear enrichment process, the nuclear fuel must be brought from Earth until an enrichment facility can be built on Mars. (If Thorium based LFTR are built, no fuel enrichment is needed.)

Due to the environmental conditions with very low temperatures a great amount of energy is required to heat the artificial habitat. However, insulation reduces the power consumption and can bring it down to a very low value, since vacuum type insulation is easy to obtain on Mars.

Food contains energy for human beings, and hence the production of food consumes a great amount of energy. This may be the biggest consumer of energy for the settlement. Due to the dim sunlight the greenhouses must be lit with additional energy, especially during dust storms.

In-situ production of propellant requires large amounts of energy. for a growing colony, this may be the largest energy demand if at least some f the food is still imported from Earth. As population of the settlement builds up, the propellant requirements go down in proportion, and food production comes to dominate the energy mix.