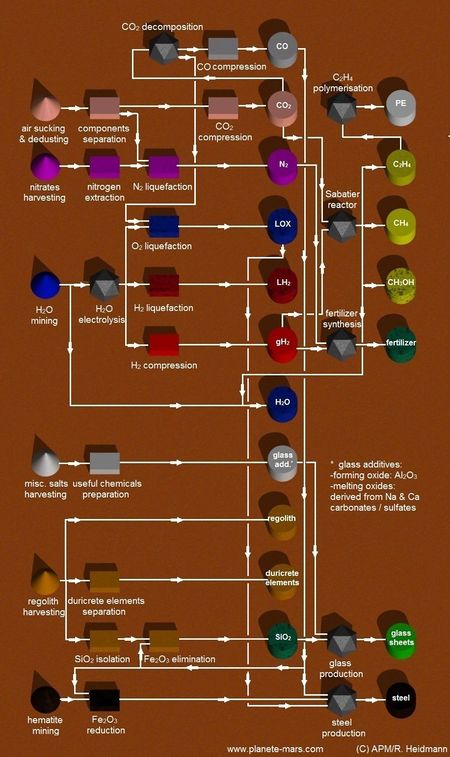 The use of local resources is called in-situ resource utilization or ISRU. This concept is critical to the survival of an autonomous or semi-autonomous settlement.

Calcium carbonate (CaCO3) is used for concrete production. Carbonates are also a potential source of carbon for carbohydrates.

Hydrocarbons can be manufactured by combining hydrogen and carbon through a variety of reactions.