Rock formations on the surface is primarily composed of basalt - a consequence of the extensive lava flows that once existed as a result of ancient geological activity. Analysis of soil samples collected by the Viking landers in 1976 indicate iron-rich clays consistent with weathering of basaltic rocks. 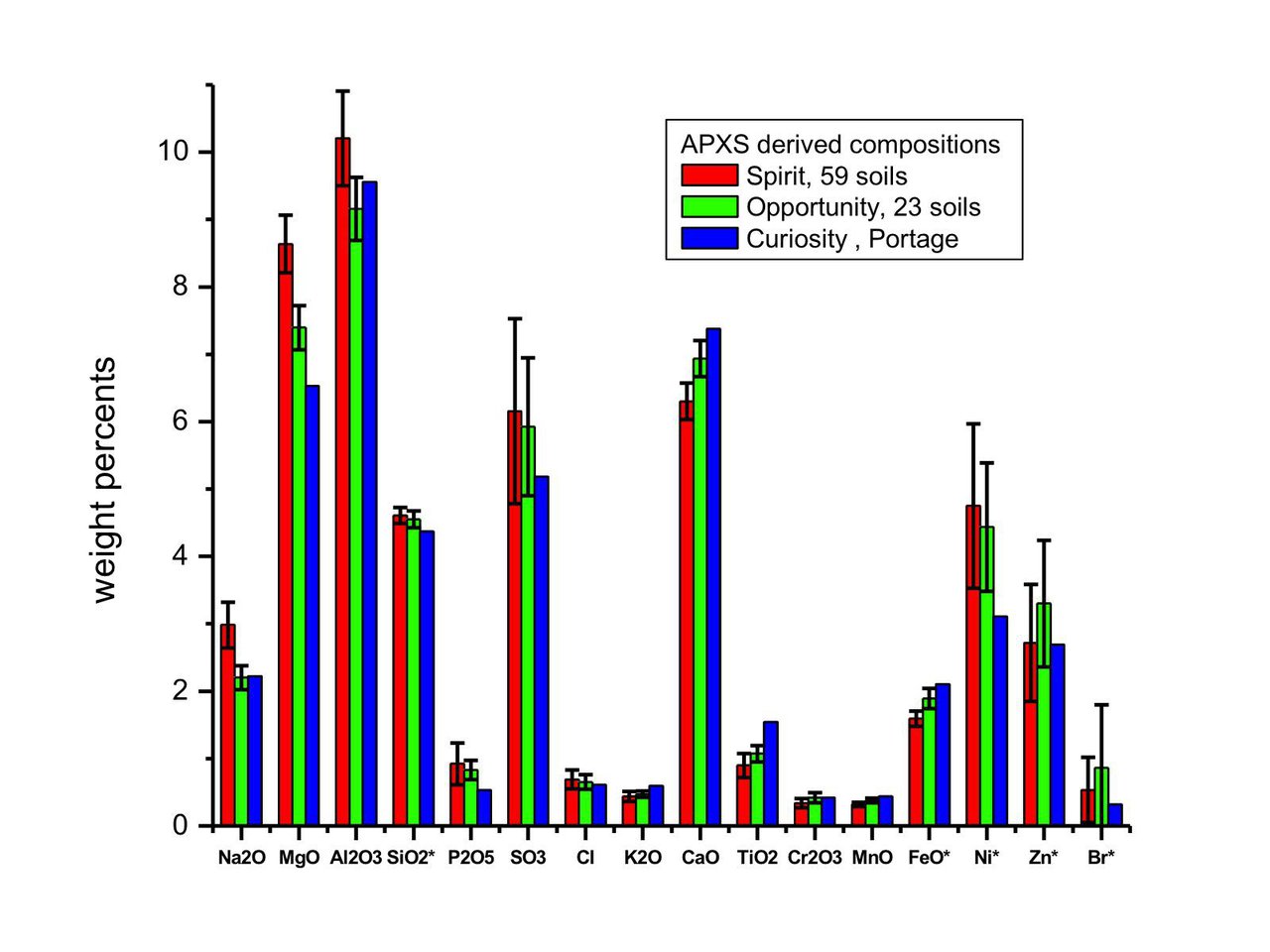