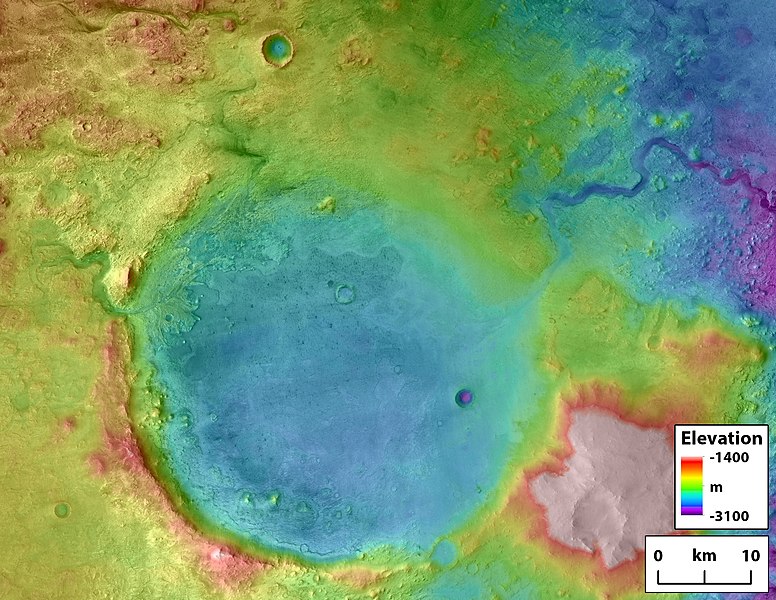 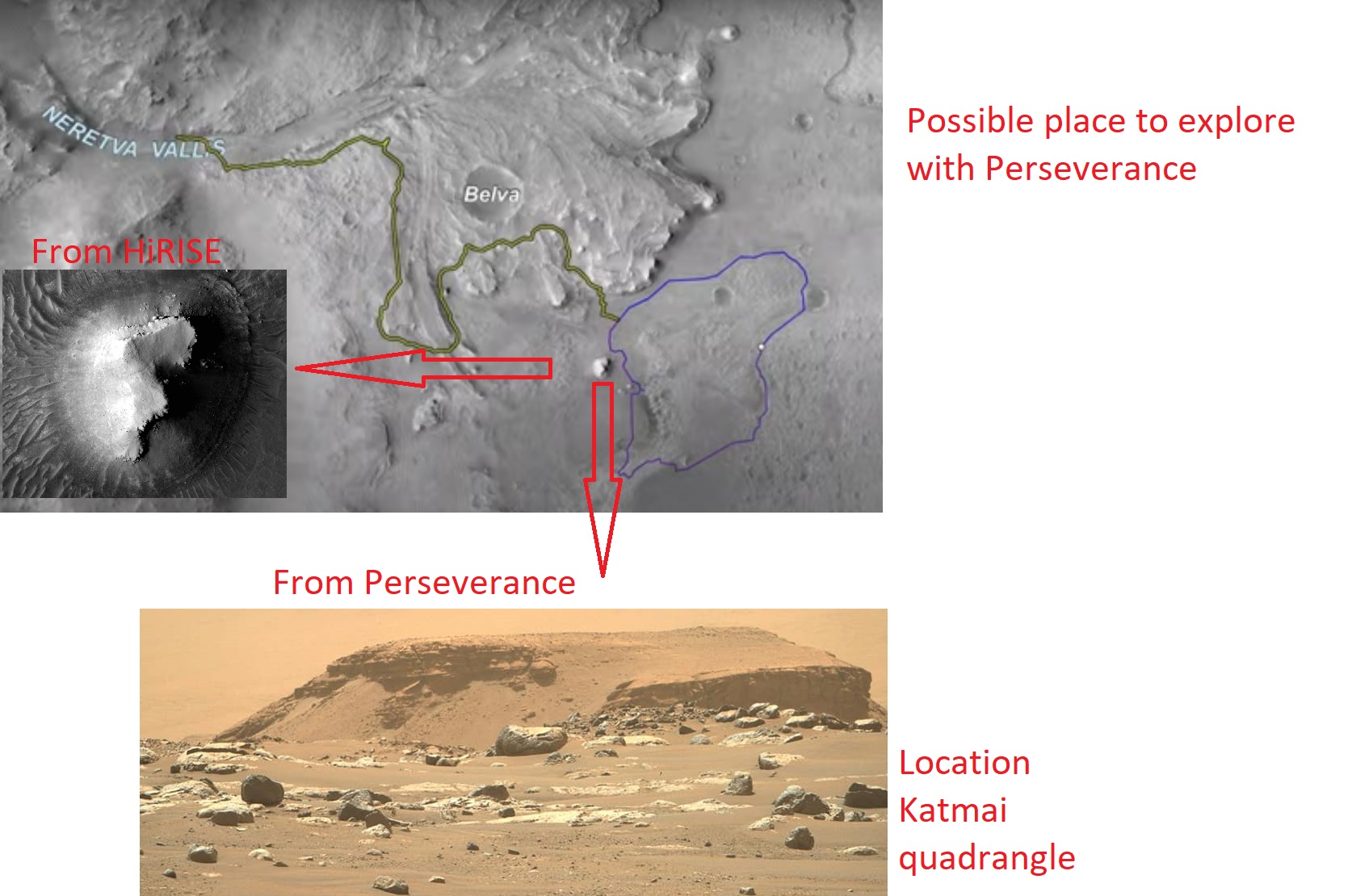 In October 2021, an article was published online by the journal Science about some initial results from photos on the ground from Perseverance. It was confirmed that there is an actual delta in Jeezero Crater because the typical layers in a delta were seen. Scientists called them bottomsets, foresets and topsets. They were found in a steeply fronted Gilbert-type delta. Since meter-scale boulders were found that may have traveled tens of km, the researchers believe that much rapidly moving water was present at times.[19] [20]