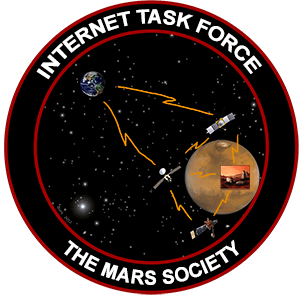 It was one of the original task forces for the Mars Society, founded in 1998. It was originally led by Harold Miller, who was Dr. Zubrin's webmaster pre-Society.

James Burk (jburk) has been the Webmaster of the Mars Society since July 2011 and leads the task force. He was recently given the additional title of IT Director to better describe his role.