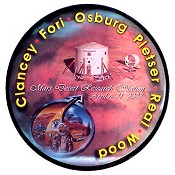 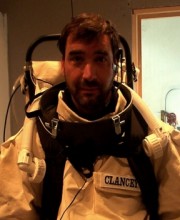 William J. Clancey, 49, is Chief Scientist for Human-Centered Computing in the Computational Sciences Division at NASA's Ames Research Center at Moffett Field, CA. He is also a Senior Research Scientist at the Institute for Human and Machine Cognition at the University of West Florida, Pensacola. With funding from NASA's Intelligent Systems Program, Clancey and his colleagues are developing a simulation tool called Brahms, for representing work practices. Current models include "a day in the life" of the Flashline Mars Arctic Research Station (FMARS), MER03, the ISS. A related project called "Mobile Agents" integrates these simulations to develop a distributed software architecture for monitoring, controlling, and assisting human-robot Mars surface operations.For more information including Mars Society publications, see http://WJClancey.home.att.net 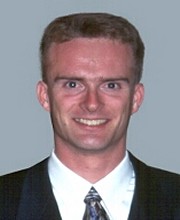 Jan Osburg is an aerospace engineer and lecturer at the Space Systems Institute in Stuttgart, Germany. His research focus is on human spaceflight, from the conceptual interdisciplinary design of inhabited space systems to Human Factors issues to Life Support Systems modeling and simulation. He has Master's degrees in Aerospace Engineering both from Georgia Tech in Atlanta, Georgia and from the University of Stuttgart. Jan is about to receive his PhD in Space Systems Design and will relocate permanently to the US just following his MDRS crew rotation. For more information, see http://www.irs.uni-stuttgart.de/JO 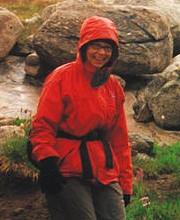 Nancy B. Wood is an experimental scientist with a BS degree in chemistry from the University of Chicago and a PhD in microbiology from Rutgers. Her interests include the adaptation of microorganisms, especially human-associated microflora, to novel environments. She also works in the development of new technology for the detection of biomolecules. While at MDRS she will be monitoring the Greenhab water recycling system. Despite living in the Chicago area, Nancy has extensive mountain wilderness experience and is a certified SCUBA diver. 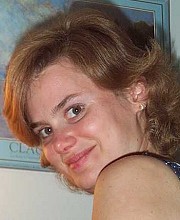 Andrea Fori, 32, is a planetary geologist and systems engineer. She earned her B.A. in Geology from Hartwick College in NY in 1991 and in 1997 earned an M.S. in Geological Engineering at the Univ. of Nevada/Mackay School of Mines with an emphasis in Martian rock mechanics. Fori was selected for the first NASA Ames Astrobiology Academy (1997) where she worked with Jack Farmer characterizing the geology of Parana Valles (potential landing site for the (then) 2005 Mars sample return mission). She also participated in the 1999 International Space University summer session supporting an international team that proposed a strategy for human exploration away from Earth. Fori is now working with Lockheed Martin Space Systems Company in Sunnyvale, CA as a Systems Engineer where she has supported many tasks including integrating payloads onto weather satellites, building a state-of-the-art instrument that monitors solar weather, and trying to win new business for the company. She is currently supporting a missile program. At the MDRS, Fori will be directing the geology program. 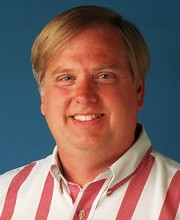 David Real, 49, is a native of San Antonio, Texas. He joined The Dallas Morning News in November 1982 as a reporter for the Metropolitan Desk, during his 10-year reporting career, he earned three statewide Katies for his work in general news, spot news and graphics. In May 2000, he became an editor at Belo Interactive, which serves more than two dozen websites. As a Belo Interactive writer and editor, he attended both the Republican and Democratic national conventions in 2000. He formerly worked as a reporter for the San Antonio Light and was news director of KTRU-FM, the campus radio station at Rice University. He earned an FCC First Class Radiotelephone Operator's License and graduated from the University of Texas at Austin. His hobbies include genealogy and scuba diving. He currently is a volunteer in charge of redesigning the website for the city of Dallas Arboretum and Botanical Garden. 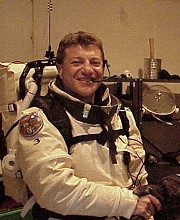 Vladimir Pletser, 46, born in Brussels, Belgium, graduated Civil Engineer in Mechanics (1979), M. Sc. in Geophysics (1980), Ph.D. in Astrophysics (1990) from the University of Louvain, Belgium. After doing research in geophysics and applied mathematics in Brussels and lecturing for 3 years in Africa at the University of Kinshasa (Congo), in 1985 he joined the European Space Technology and Research Center of the European Space Agency (ESA) in Noordwijk, The Netherlands. He is the ESA Project Manager for a new protein crystallisation instrument to be flown on the International Space Station. Pletser is also responsible for the ESA aircraft parabolic flight programme, having flown 3250 parabolas on 8 different NASA, Russian and European research airplanes, cumulating over 18 h of 0g and Martian g, supervising and participating in more than 350 experiments. He is a Candidate Astronaut for Belgium and underwent two months of training at Houston in 1995 during the selection of Payload Specialists for the Spacelab LMS mission. His hobbies include scuba diving, squash, running, swimming, and judo. He enjoyed piloting and jumping from single engine airplanes. He played rugby for Belgium for several years and was captain of his club and of the national team while touring in Africa, the US and South America. Sharing his passion for sport and wilderness with his wife, their honeymoon was spent trekking the Himalayas and sleeping under tent by -25 deg. C, after visiting central Africa on a trail motorbike.