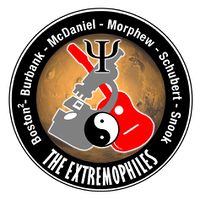 The crew of the Mars Desert Research Station rotates every 2 weeks. These are the scientists and engineers who live and work on site within the MDRS. They explore all of the facets of human exploration in a simulated Mars environment. The MDRS will be active for a 3 month period. 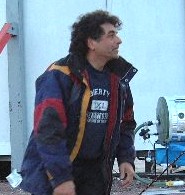 Crew 6 Mission Commander Frank Schubert is an architect and builder from Denver, Colorado. Frank has been involved in the construction of the Flashline Station and the Mars Desert Station. He is also the principal architect and builder of the Euro Mars Research Station. Frank has lived in Denver for the last 12 years. Before that he lived in Los Angles where he worked as a musician. 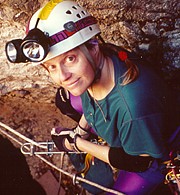 Penelope Boston is currently Research Associate Professor in the Dept. of Biology at the University of New Mexico (Albuquerque), and also Director of Research for Complex Systems Research, Inc., a non-profit research and educational organization in Boulder, CO. A field scientist specializing in extreme environments, her particular areas of interest include: cave geomicrobiology, microbial communities in highly mineralizing environments, unique biominerals and biosignature detection, astrobiology and the search for life beyond Earth, global biogeochemical cycling and co-evolution of the abiotic planetary properties with life, and Mars research and human exploration of the Solar System.Together with a highly multidisciplinary team, she has been focusing for the past decade on subsurface microbial chemoautotrophic systems based on S, Fe, Mn, REEs, and other inorganic energy sources.

Boston is one of the original founders of the Case for Mars (begun in 1978 as the Mars Study Project) at the University of Colorado where she received her PhD in microbiology and atmospheric chemistry.Author of many technical papers and articles in the popular press, Boston has co-edited four proceedings volumes (including the first and fifth CFM proceedings volumes) and is coauthor on two forthcoming popular books. She was named a NASA Institute for Advanced Concepts Fellow in May of 2000 and has received research awards from The Space Foundation, Sigma Xi, and the National Research Council.

Penny spends the rest of her life dealing with her 14 year old daughter, 90 year old dad, and a menagerie of animals and plants.She dances with a local flamenco troupe, and designs and creates hand-made bobbin and needle laces. 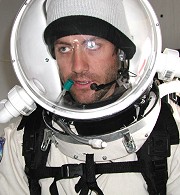 Sam Burbank is a film maker and writer based in San Francisco, California. His work, focusing on ecology, science, and space exploration, has allowed him to travel the world. He recently produced a five part series on renewable energy for National Geographic TV. Sam, following Frank Schubert, conducted the first-ever Mars analog EVA from the Mars Arctic Research Station on Devon Island, Nunavut, Canada. His clients include National Geographic, Discovery Channel, and PBS, and he is the founder of Inverse Square Films.

Sam studied creative writing at SFSU, during which time he co-founded a championship motorcycle roadracing team. He is an advanced SCUBA diver, a snowboarder (with the broken ribs to prove it), and he loves to cook. Soon after marrying, he and wife Linda rode a motorcycle to the arctic circle. He is a founding member of the pop band The Birdwatchers, though is currently on loan to the Mars-hab band, The Extremophiles.And at 34 he is now engaged in conquering a formidable and lifelong and fear: he's learning to dance. 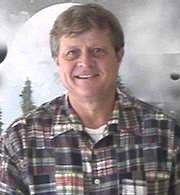 Since receiving his JD, Dr. McDaniel has specialized in intellectual property litigation.Dr. McDaniel is admitted to practice before the United States Patent and Trademark Office, the Court of Appeals for the Federal Circuit, the Fifth Circuit Court of Appeals, the Southern, Western, Eastern and Northern Federal District Courts of Texas and the Texas State Courts.His trial experience includes cases tried in Federal Courts in the Southern District of New York, Eastern District of Pennsylvania, Western and Eastern Districts of Texas, and several cases in the Southern District of Texas, and Texas State District Courts.He has also litigated before the U.S. Patent Office Board of Patent Appeals and Interferences.

Dr. McDaniel's areas of technical expertise includes organic chemistry, biochemistry and molecular biology. He has authored technical papers published in such scientific journals as the Journal of Bacteriology, Maize Genetics Newsletter, The Journal Of Protein Chemistry, Genetics, And In Vitro.Dr. McDaniel has extensive experience in procuring patents in his technical area before both U.S. and foreign patent offices.Since beginning his practice as a patent agent in 1989, Dr. McDaniel has procured patents for the Texas Heart Institute, Aronex Pharmaceuticals, Inc., Ceres Technologies, Inc., California Institute of Technology/Jet Propulsion Laboratory, Sulzer Medica, Inc., Intermedics Orthopedics, Baylor College of Medicine, Rice University and NASA-JSC, among others.

Dr. McDaniel is the Managing Partner in Reactive Surfaces, Ltd., a biotechnology company he founded to commercialize enzymatic additives to surface coatings such as paints.The company isolates useful exo-enzymes that can be formulated into additives useful in detoxifying nerve agents and pesticides. 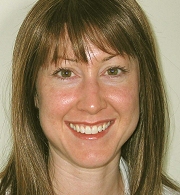 Ephimia Morphew is a Senior Engineer for SPACEHAB at the NASA Johnson Space Center in Houston Texas, supporting Human Factors, Habitability and Psychology for the International Space Station (ISS). She is responsible for conducting operationally-oriented research to identify and resolve challenges associated with living and working in the spacecraft and mission environment.She is the founder of the Society for Human Performance in Extreme Environments and its peer-reviewed journal, the Journal of Human Performance in Extreme Environments. She has worked and studied at the International Space University, Jet Propulsion Laboratory, U.S. Space Camp and Space Academy, and NASA Johnson Space Center's Behavior and Performance Group. And she absolutely loves her job! 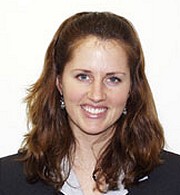 Kelly Snook is a planetary scientist and aerospace engineer at NASA Ames Research Center.Currently she is detailed to Johnson Space Center in the Exploration Office of the Office of Advanced Development.Her primary scientific interest concerns the optical constants and radiative heating properties of the dust suspended in the Mars atmosphere.Her primary engineering interest lies in using Earth Analogs to answer outstanding questions in human exploration beyond LEO. Kelly and a NASA Ames team conducted the "Science Backroom Experiment" at the Haughton Mars Project on Devon Island last summer.The team put together an experiment to simulate an end-to-end process of scientific exploration beginning with identifying sites of scientific interest from orbital imagery, using simulated autonomous and tele-operated robots, and concluding with human "EVA"s to selected sites.The simulation included participation by scientists in a simulated "Science backroom", introduction of Mars communication delays, and first steps toward operational constraints that both astronauts and ground teams would face in planetary exploration.

Kelly's primary policy interest is in the use of space science and technology to benefit the human condition.Kelly is the Co-Chair of the United Nations Space Generation Advisory Council, an international body established as a mechanism for facilitating the participation of young people in international space activities and policy.Her primary outreach interest is in the establishment of a unified voice for young people to communicate vision to the world's space leaders, and to communicate inspiration to the public. She is leading the organization of two major events at the upcoming World Space Congress in Houston in October: The Space Generation Summit, and Space Rocks! Kelly is also a musician, a record producer, and a Baha'i, with a great interest in the intersection of music, arts, science, space, philosophy, and religion. 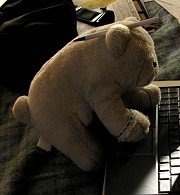 Pooky Bear Boston was born in the High Arctic over the winter of 1983/1984. She was orphaned at an early age and was rescued by a toy store in San Francisco, CA. Adopted by Dr. Penelope Boston in December of 1984 during an American Geophysical Union Conference, Pooky has spent the intervening years going to many field sites in extreme environments. She assists crews by serving as a size scale, holding tools, and performing educational and public outreach duties when Dr. Boston talks to school kids about their work.

Pooky's favorite foods are tofu jerky, cookies of any kind, and eucalyptus leaf tea. Her hobbies include knitting, thinking Deep Thoughts, doing mathematical puzzles, and writing to her pen pal.