Thorium, Periodic table Th, is present on Mars, however, it seems to be lower concentrations than on Earth.[1] Thorium can be used to produce fuel for nuclear reactors on Mars, nuclear thermal propulsion and nuclear pulsed propulsion.

The average concentration seems to be about six times lower than on Earth in the most concentrated areas, at 1 ppm rather than the Earth average of 6 ppm[2]. Therefore it is even less elsewhere. See map. Naturally concentrated deposits would need to be found to make the use of Thorium economical on Mars in the long term, or the tailings of rare earth element[3] or other[4] mines could be utilized, which typically produce a waste stream enriched in thorium. 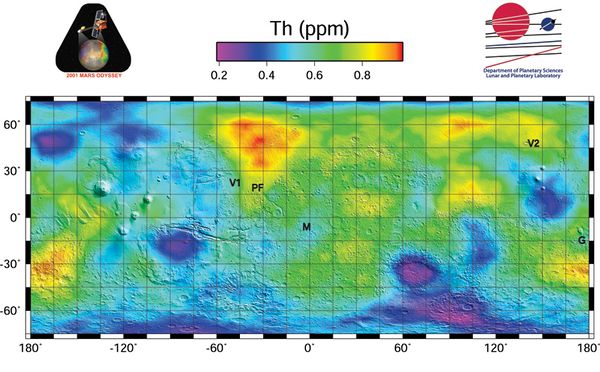