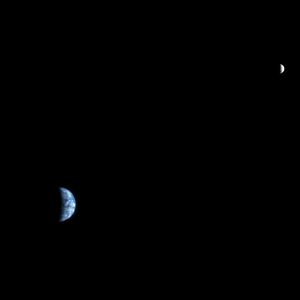 Earth as seen from Mars

It has a natural magnetic field (which Mars has not) that protects from solar wind. Earth is seen as a bright morning star from Mars.

The population on Earth is around 7 600 000 000 persons[1], increasing exponentially. However the United Nations population projections mostly show a reduction in growth in the next few decades, peaking at about 12 billions.