Korolev is an ice-filled impact crater in the Mare Boreum quadrangle of Mars, located at 73° north latitude and 165° east longitude. It is 81.4 kilometres (50.6 mi) in diameter[1] and contains about 2,200 cubic kilometres (530 cu mi) of water ice, comparable in volume to Great Bear Lake in northern Canada.[2] The crater was named after Sergei Korolev (1907–1966), the head Soviet rocket engineer and designer during the Space Race in the 1950s and 1960s.[2]

The ice is permanently stable because the crater acts as a natural cold trap. The thin Martian air above the crater ice is colder than air surrounding the crater; the colder local atmosphere is also heavier so it sinks to form a protective layer, insulating the ice, shielding it from melting and evaporation.[2][3] Recent research indicates that the ice deposit formed in place within the crater and was not previously part of a once-larger polar ice sheet.[4] The ice in the crater is part of the vast water resources at Mars poles.[3] 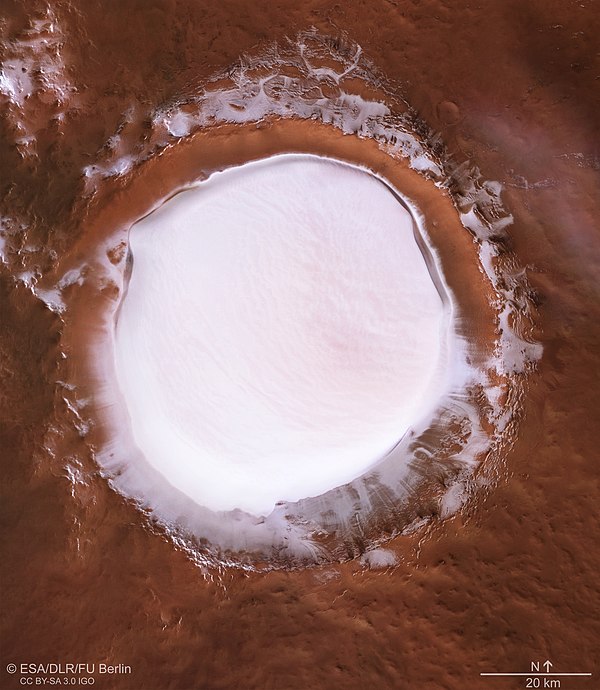 See The Wikipedia article on Korolev.