Manned missions to Mars split in two different types. They are named after astronomical names of the moments of departure of the ships from Mars: conjunction and opposition. Opposition type mission have less total time on Mars, but more time spent travel in weightless conditions, and a much higher radiation load. Conjunction mission have much more time spent in Mars surface. Сonjunction and opposite mission type examples: 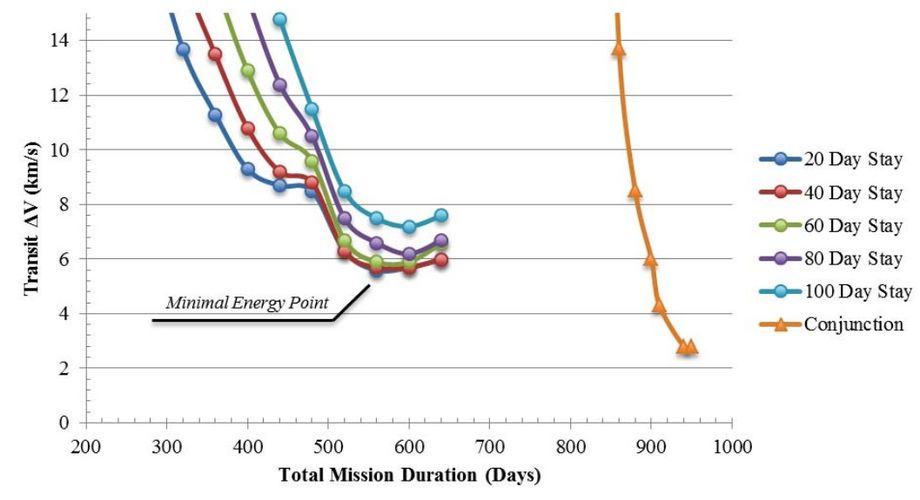 Mars have very elliptical orbit relatively to Earth. The eccentricity of the orbit of Mars is 0.0935 – second among the planets after Mercury. Launch windows to Mars opened approximately every 2.14 years (26 months) but because of Mars orbit eccentricity and differences in his orbital speed this time changes a little bit from time. The same way changes a distance between Earth and Mars in moment of oppositions, time travel to Mars and necessary for this delva-V. 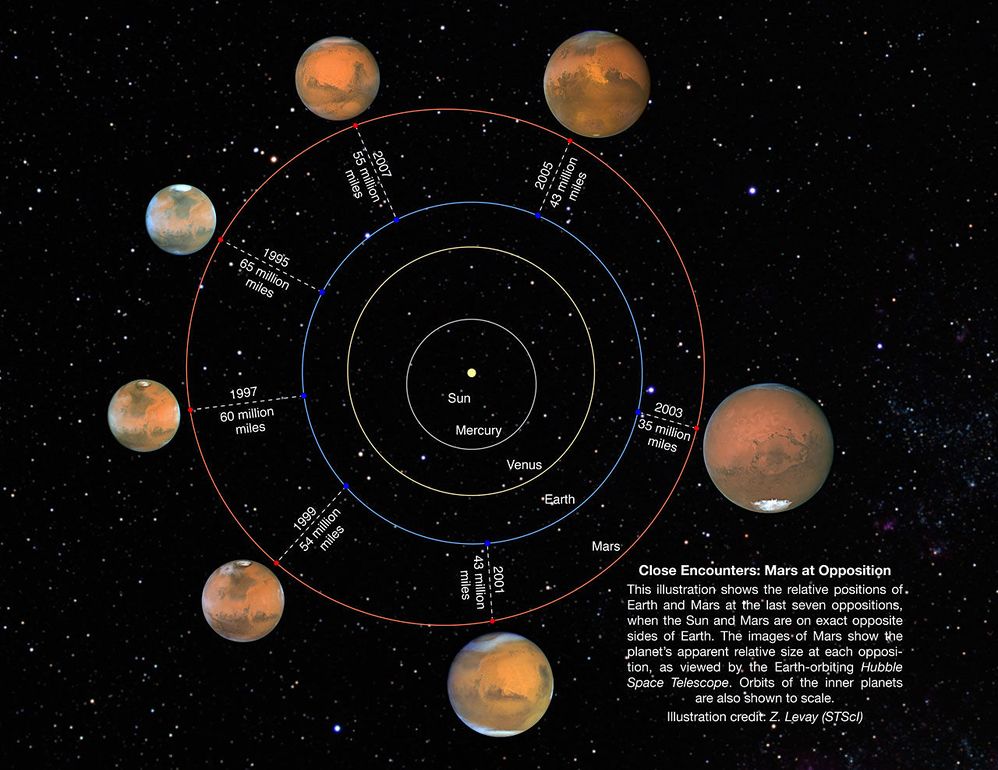 The required parameters change at intervals of 15-17 years[2]. 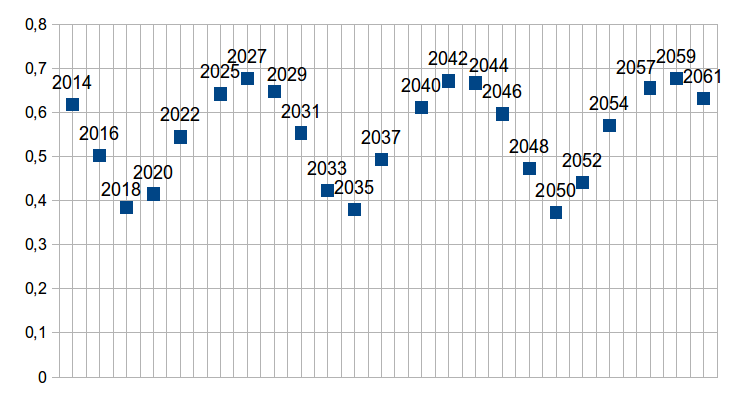 Examples of the near-future missions opportunities:

For reducing crew time exposure to weightless, interplanetary radiation and the risk of being hit by solar flare it is possible to use increasing delta-V. For some of these variants it is possible to use the option of free-return trajectory - trajectory with ability return back to Earth with small amount of delta-V spending safe if the main spacecraft engine will fail to start. Options for free-return trajectories[4]: