Ethylene, C2H4, is the simplest alkene, a type of hydrocarbon. Ethylene is an important building block used to produce polystyrene, polyethylene, and detergents. Ethylene should be an important product of In-stiu resources utilization. 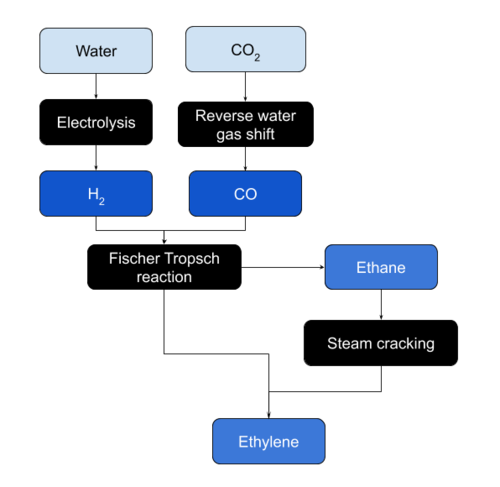 The steam cracking produces acetylene, that can be recovered using a catalyst.[1]

The steam cracking process also produces benzene as a byproduct, that can be used for the production of polyester.

Ethylene is used to create polyethylene by polymerization.

Ethylene is also used to produce Ethylene glycol, a precursor to the production of polyester(PET) and an antifreeze.