The Face on Mars

The Face on Mars is an eroded mesa-like landform in the Cydonia region. This article has been updated with many pictures that were taken with more advanced cameras then the original image that showed the face. One might guess that with better images, the face would look more like a face, but it just looks like a broken up mesa.

Due to the fact that the first few pictures of the face showed a face like structure due to shadows, fringe theories have arisen that the face (and surrounding mesas) were built by an alien civilization, and that NASA was covering up the evidence. However, this notion is not accepted by any Mars scientist, and higher resolution photos of the face taken by the HiRISE cameras of the Mars Reconnaissance Orbiter have shown that it is just an ordinary land-form.

Pareidolia is the tendency of a human observer to interpret a configuration of objects as a human face. The human brain has specialized mechanisms for face recognition, and can easily interpret what it sees as a face. In the original Viking image, we did not see the part of the face that was all broken up--we just saw the best side of the face.

Three views of face. Had we seen both sides of the face, we may not have thought it was a face. The side we did not see was all broken up.]]

Image of the legendary face from the Mars 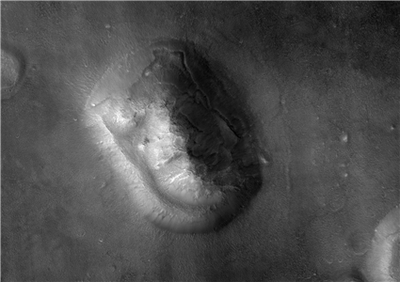 Higher resolution image of the face--taken with HiRISE 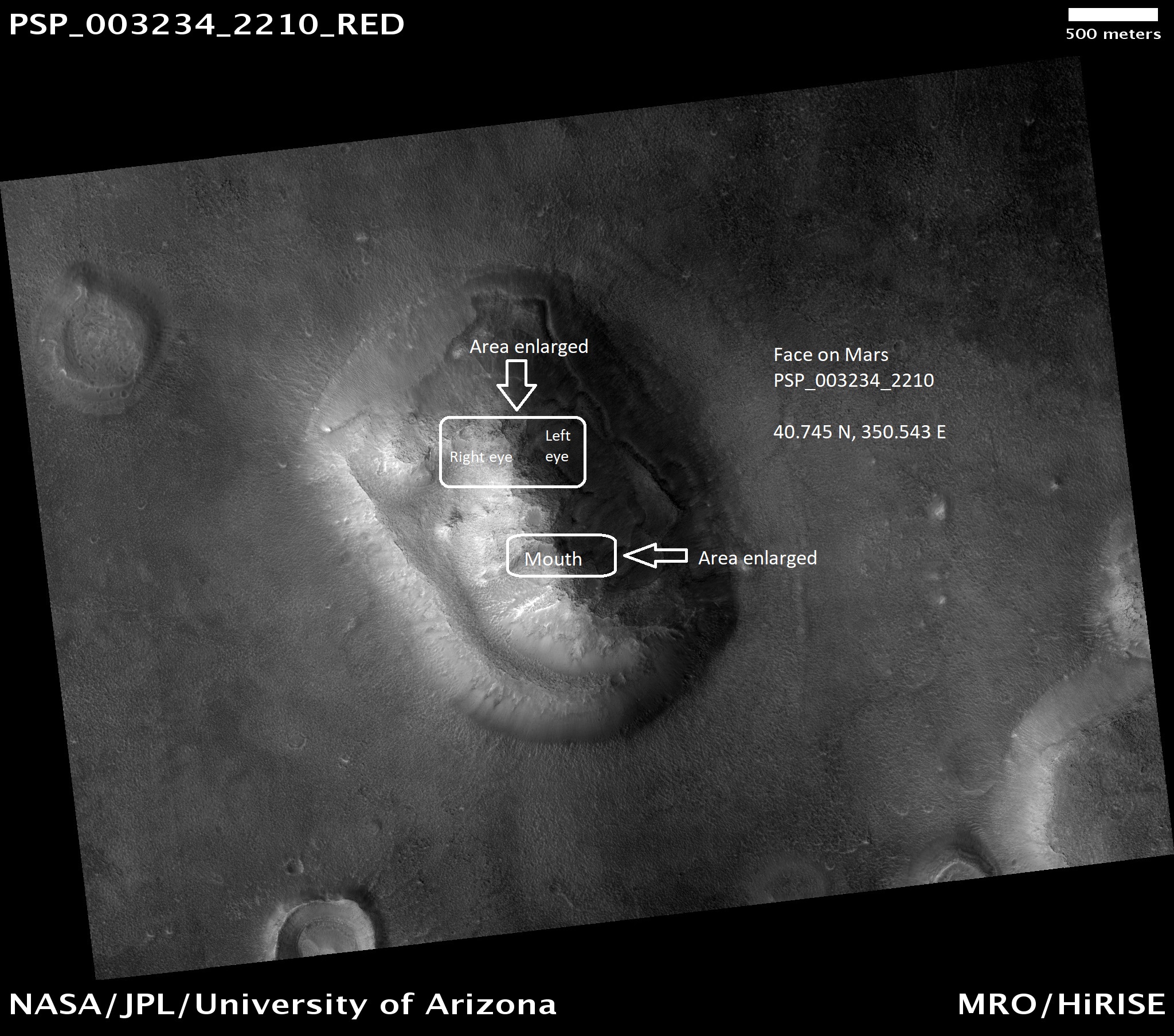