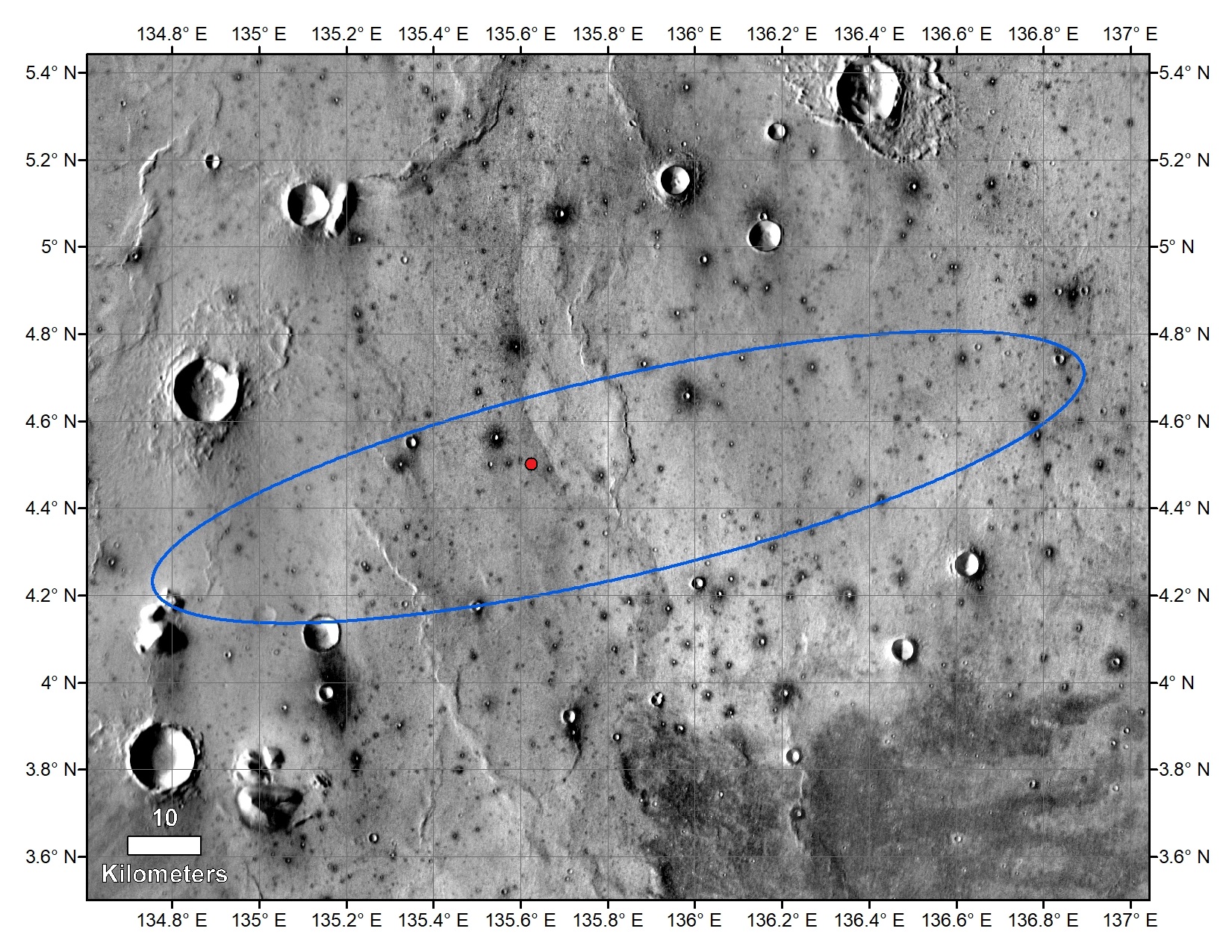 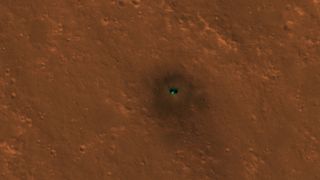 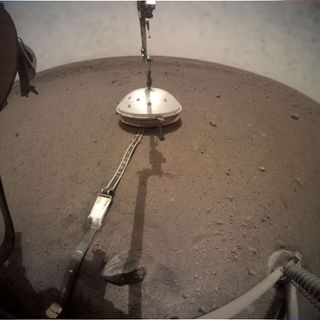 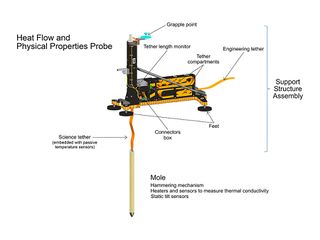 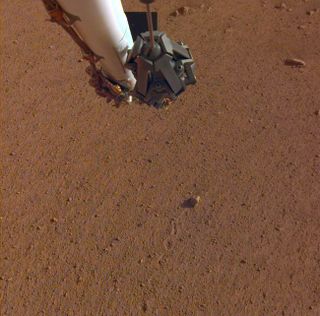 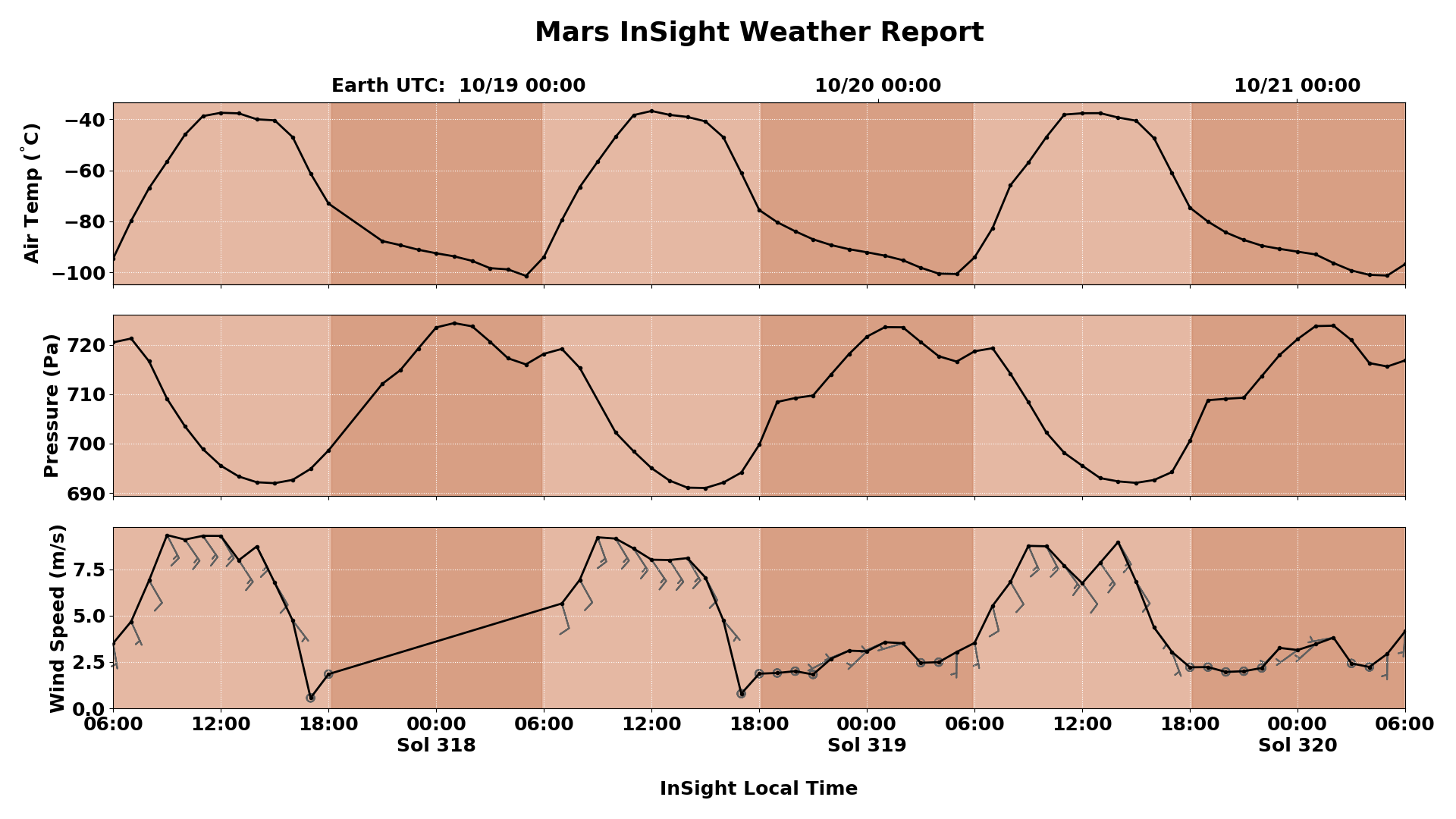 A large research team announced that they had determined details of the Martian the subsurface to about a depth of 200 m. Right beneath the surface is a 3 meter regolith layer of sandy material. Next, there is a 15 meter layer of blocky ejecta that came from past impacts. Under the blocker layer is a basalt lava flow. Between lava flows is a layer of sedimentary material. The upper basalt layer is of Amazonian age--about 1.7 billion years old. The lower basalt layer is of Hesperian age (3.6 billion years old).[39] [40] The researchers used the faint vibrations induced by Martian winds to discover the subsurface structure.[41]