Acetic acid is a weak acid, and the defining ingredient in vinegar. Aside from its common use in food, acetic acid is an important industrial chemical. Its formulae is C2H4O2.

Since prehistoric times, humans have produced acetic acid by exposing alcoholic beverages to aerobic bacteria usually of the acetobacter genus. The bacteria convert the alcohol to acetic acid. Distillation of the vinegar concentrates the acid.

There are several techniques used to produce acetic acid on an industrial scale.

Methanol and carbon monoxide are combined under pressure, in the presence of a catalyst. 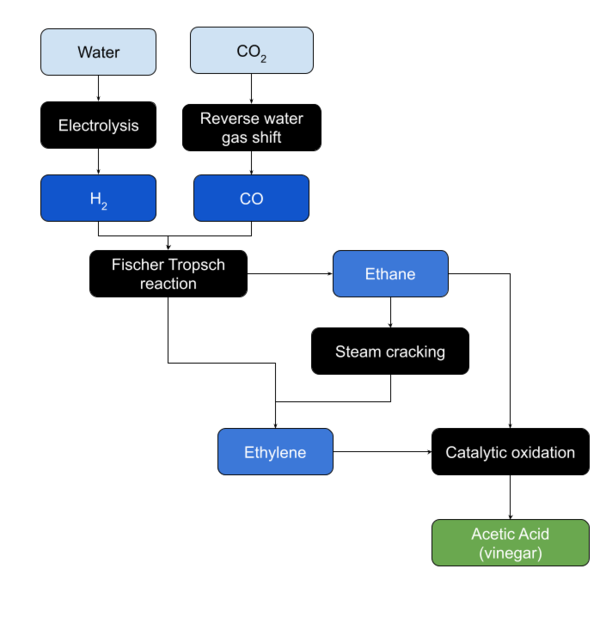 Ethylene is oxidized in the presence of a palladium based catalyst.

Ethane is oxidized in the presence of a catalyst.

Though acetic acid is commonly generated by certain microbes, in high enough concentrations it preserves food.

Acetic acid has the formula CH3COOH, and is used in the production of adhesives, inks, paints, acetic anhydride (used in synthetic textiles, photographic film, and flexible plastic type materials), it is an excellent polar protic solvent, and (its largest use on Earth) vinyl acetate monomer.

Since ancient times, it has been used as a medicine to reduce headaches and act is a weak blood thinner. See Aspirin.